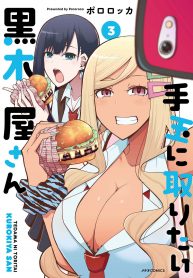 Tedama ni Toritai Kurokiya-san Manga also known as (AKA) “농락하고 싶은 쿠로키야 양 ; 手玉に取りたい黒木屋さん ; Kurokiya-san Wants to Lead Him Around by His Nose”. This OnGoing hiperdex was released on 2020. The story was written by Pororokka and illustrations by Pororokka. This Manga is about Comedy, Ecchi, Romance, School Life, Seinen, Slice of Life story.

Kurokiya Ruu is on the verge of repeating a year so her childhood friend
Tadashi Tadao (whose name literally means straightforward man) steps up to teach her.
However, they end up not getting any studying done as she uses this situation to try and seduce him at every turn.
The story of a girl who wants to get her crush flustered and the straightforward guy who won’t get embarrassed.

Filming Adult Videos in Another World