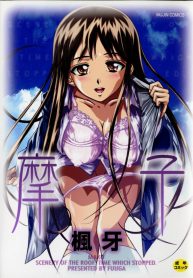 1-3. The Frozen Time
Even though the whole class loves her as a cheerful & honest person, Ken Sakai loathes his teacher Midori Misaki. Much to his bargain she is fixated on getting along with him, even if it means to extort him into having some drinks & a nice talk… Little by little Sakai realizes that there is more to Misaki than meets the eye.
4-9. Rooftop Scenery
Mako Uehara is a delinquent girl, who opens this story by trying to seduce her teacher and by trying to commit suicide in front of him some time later. Will her irresponsible teacher ever get a grasp of what’s going on?

Fucked by My Best Friend