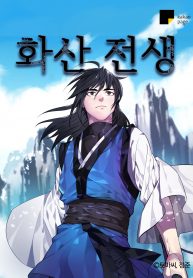 Volcanic Age Manhwa also known as (AKA) “화산전생 ; 華山前生 ; Hwasanjeonsaeng ; Mount Hua Reincarnation”. This OnGoing hiperdex was released on 2017. The story was written by Jeong Jun and illustrations by Tomassi. This Manhwa is about Action, Adventure, Fantasy, Martial Arts, Shounen story.

Joo Seo-Cheon, a man who survives the age of war through sheer luck,
becomes Hwasan faction’s elder only to live a life full of regrets and doubts.
He then lies on his death bed waiting for the inevitable
when he is returned to the past…

The Return of the Disaster-Class Hero

The S-Classes That I Raised