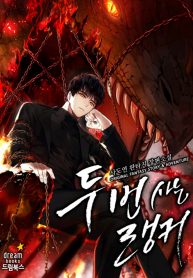 Yeon-woo had a twin brother who disappeared five years ago. One day, a pocket watch left by his brother returned to his possession. Inside, he found a hidden diary in which was recorded “By the time you hear this, I guess I will be already dead….”
Obelisk, the Tower of the Sun God, a world where several universes and dimensions intersect. In this world, his brother had fallen victim to betrayal while climbing up the tower. After learning the truth, Yeon-woo decided to climb the tower along with his brother’s diary.
Yeon-woo then proceeds to go through the same trials and fights as his younger brother did as an anonymous player. His goal? Defeating the Obelisk Tower and get revenge for his brother.

Beware of the Villainess!